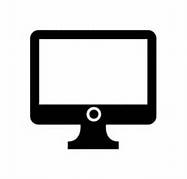 "The computer systems design and related services industry is among the economy's largest and fastest sources of employment growth." Tech jobs are unlikely to go out of demand any time soon. As technology continues to fluctuate and grow, tech jobs continue to have a strong position in the job market.

According to Code.org, in New Mexico "there are 1,541 open computing jobs
(2.8x the state average demand rate) and 120 computer science graduates."

So What Do People Do in this Industry?

Software developer
Software developers are not only responsible for the creation of software, but also testing and maintenance. The position is an important one for many companies because software is perhaps the most identifiable component in any technology field. Developers may work for game companies, electronics companies and much more. Software developer jobs are projected to grow by 27 percent between now and 2020 according to the Bureau of Labor Statistics.

Web developer
Web developers are the people behind the millions of web pages encountered by hundreds of millions of surfers every day on the Internet. They are responsible for both design and maintenance. Web developer jobs are extremely flexible, with many working in the freelance field as well as full-time with major companies. Growth for this position is projected at 21 percent.

Database administrator
A database administrator is the mastermind behind a company's database, whether big or small. Besides creating and maintaining, they are also largely responsible for security measures to safeguard the database. Administrators often work long and on-call hours, but job satisfaction is high and projected growth is even higher at 30 percent.

Computer programmer
Computer programmers write, test and debug computer programs. They are typically the ones behind new operating systems and updates. Programmers tend to work long hours, but the average salary is one of the highest in the field. Expected growth is slightly less than other tech fields at 12 percent.

Many tech jobs overlap both in education and duties performed. Software and web development for example, shares many things in common as most software is now integrated with the web in some way. Plus, jobs available in the tech industry also include all of the positions that are required in the operation of any company including accounting, marketing, management, HR, public relations, etc.